“He’sh mad?” “Sort of mad. But mad with lots of money.” “Ah, then he can’t be mad. I’ve been around; if a man hash lotsh of money he’sh just ecshentric.” No, my spell checker isn’t broken!  This quote, as it is, comes from The Light Fantastic, a comic fantasy novel by Terry Pratchett.  It was the second in the Discworld series, written shortly after The Colour of Magic, and published on June 2nd, 1986.  While it’s meant to be funny… it illustrates something that we’ve all seen, and maybe done, over and over.  We tend to give wealthy, successful people a pass sometimes, don’t we? We don’t have to think too hard to come up with a politician, actor or business person who has acted completely insane… I mean, he or she has done things that would get a “normal” person checked in or locked up, or both!  But because of his/her wealth and status, society often gives the wealthy a pass. Welcome to Method to My Money!  Here we will discuss some common sense methods for dealing with money, poke a little fun at the money madness we see all around us, and, hopefully, remind us all of what real, lasting wealth is! I’ll leave you with another quote on this subject… this time from one of the greatest inventors of modern times.  George Washington Carver said, “We have become ninety-nine percent money mad. The method of living at home modestly and within our income, laying a little by systematically for the proverbial rainy day which is due to come, can almost be listed among the lost arts.” 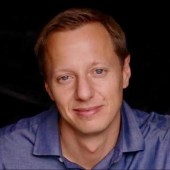 Welcome to MethodtoMyMoney.com! Here we discuss things like money, madness and the pursuit of lasting wealth... thanks for stopping by! Please drop us a line and let us know what you think. And, if we can ever be of help, let us know that too! Hope you enjoy the site! (Certified Financial Planner Board of Standards Inc. owns the certification marks CFP®, CERTIFIED FINANCIAL PLANNER™, CFP® (with plaque design) and CFP® (with flame design) in the U.S., which it awards to individuals who successfully complete CFP Board's initial and ongoing certification requirements.) The Dog Dilemma: Why You Shouldn’t Own a Dog Yet Have You Lost Focus?